Just signed up for SOFT – www.soft.com.sg – probably THE music forum in Singapore.

Hey everyone, I’ve heard about www.soft.com.sg but only signed up today. Someone told me most people here are in the mid-20s. I’m not sure if at 37 I’m the oldest guy here.

OK, self-intro (I didn’t read any regulations against long intros… so here goes!):

2) Started on the guitar at 18 years old. More to impress the girls but soon got REALLY interested in guitars. Discovered more about electric guitars and gadgets. However, am never formally trained in music.

3) Stopped playing after NS. My guitar collected dust for almost 10+ years. Only resumed playing in 2006. When I discovered GarageBand. First ever GB track here: http://tinyurl.com/qfoc9

4) In 2007, I re-discovered a long-lost Sec Sch mate. He also just discovered GarageBand. Sent me a track via email. I added a lead guitar to it. Sent it back. To cut a long story short, 4 months later we self-produced our music album. We didn’t meet to jam nor record at a studio. Everything was done entirely using GarageBand. Then we released it online only. You might want to check it out here: http://seastars2007.wordpress.com/the-album/

5) We decided our music wasn’t too bad (my wife didn’t cover her ears). Plus we didn’t have to spend any money, thanks to the Internet. So we continued as a team and gave ourselves a band name. And we released our 2nd album early this year.
https://starfishstories.wordpress.com…ld-one-moment/

6) Currently working on our 3rd music album. Probably going to release it this year. All our music is released under the Creative Commons license: http://creativecommons.org/licenses/by/3.0/sg/. Meaning, anyone is free to use, distribute, share, remix… the ONLY requirement is to credit the band in the way we state (e.g. name and URL). No payment required — although if they decide to pay our of the goodness of their heart… ahem.

7) In my day job I work as a librarian (http://RamblingLibrarian.blogspot.com). What I do for fun, I post it up at http://MyRightBrain.wordpress.com

And now you probably know why I call myself “Rambling”.

Unless otherwise stated, works by Starfish Stories :: The Band is licensed under a Creative Commons Attribution 3.0 Singapore License. Please read this to learn more on using the works for free, as well as proper credits. 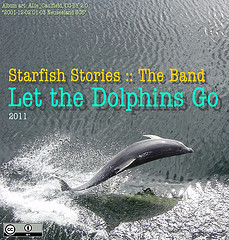